ABOUT OUR LAW FIRM 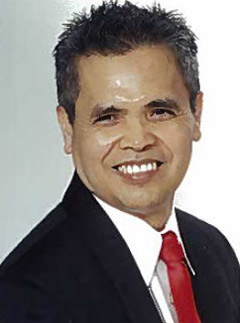 Crispin Caday Lozano, Esq. (also known as Chris Caday Lozano) is an active member of the State Bar of California, a Certified Public Accountant, and a licensed Real Estate Broker. He has been specializing in immigration, bankruptcy and personal injury law since June 1999. He was admitted to practice in Supreme Court of California and in the Federal district courts in June 1999.

Atty. Lozano graduated with the degree of Juris Doctor from Western State University College of Law in Fullerton, California, Bachelor of Business Administration Cum Laude at the University of the East and Master of Business Administration at the Ateneo de Manila University, Philippines. Before becoming a lawyer, he worked with SGV & Co. (Ernst and Young) in the audit group and as financial executive in major companies in the Philippines. Atty. Lozano is a weekly writer on Immigration and Bankruptcy matters in the Asian Journal, Philippines Today, Manila Mail and Balita newspapers. He is a member of the American Immigration Lawyers Association and the National Association of Consumer Bankruptcy Attorneys.

Atty. Lozano was born in the Philippines and a naturalized U.S. citizen. He dedicated his practice to Immigration & Nationality Law, Bankruptcy and Personal Injury.

Atty. Lozano belongs to a family of immigrants. Nobody can relate to and understand the problems of immigrants than someone who has the feeling and experience of being one of them. Atty. Lozano practiced immigration law since June 1999. He has been successful in helping people obtain their naturalization, green cards, and nonimmigrant visas even in the most difficult cases. He has handled difficult cases such as waiver applications for misrepresentation (entering as single but actually married, using a different name upon entry, entering without inspection, entering as seaman, etc.) in applying for a green card and naturalization. He sought green card relief for women and men who are victims of domestic violence under the Violence against Women Act. He actively seeks relief and fights the removal and deportation of aliens in the Immigration Court. Our mission is to help people stay in the U.S. legally by fighting removal and deportation, uniting their family and living and working in the U.S. with peace of mind.

Atty. Lozano has practiced bankruptcy since June 1999. His background as a CPA and as a licensed real estate broker helps significantly in giving professional advice on financial matters because bankruptcy is related to finance and real estate. We understand that life in the U.S. is hard especially if burdened with so many debts. Helping people with financial problem is our mission. Everybody should be given a chance to live the American dream.

Atty. Lozano has practiced personal injury since June 1999 and since then kept a continuous flow of satisfied clients in handling their case. We know that being injured in an auto accident is a traumatic experience. We make it our mission to seek compensation from the insurance companies for pain and suffering for anyone who is injured in an auto accident without his fault.