I departed the Philippines on July 15, 1989 with a heavy heart and fear for my life.  I left the Philippines three years after my husband, Cyrus Villaestiva, was shot dead in front of me on March 28, 1986.  The alleged killer is still at large up to this time.  After my husband was laid to rest, my in-laws as well as my own family and relatives left our community because of fear.

I entered the United States on July 15, 1989 on a visitor’s visa.  I flew in the United States because I tremendously suffered emotionally and mentally when I lost my dearest husband.  Though most of my siblings are in the Philippines, none of them would welcome me in their homes because of fear that the alleged killer would hunt me and they and their respective families may get involved. 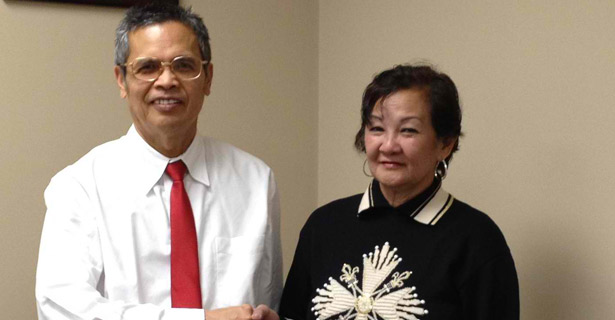 I resided with my sister, Nenita and her husband, Clemencio from the time I entered the United States continuing up to the present.  I was a Beneficiary of an approved petition filed by my lawful permanent resident father on November 6, 1997.

However, my father became a naturalized U.S. citizen on September 21, 1999 which automatically converted my preference category from F2B to F1 resulting in additional years of waiting before my immigrant visa becomes current.

My chances to legalize my stay became longer.  While waiting for my priority date to be current, my father, the Petitioner passed away on January 8, 2009 while on a short visit to the Philippines.  Given this situation, I lost hope of legalizing my stay in the United States more so, my American dream.

Early in 2011, I already planned to go back home to the Philippines and in fact I had most of my personal belongings shipped to the Philippines.  I read one of Atty. Crispin Lozano’s success story about a client who was granted permanent resident card despite the death of his petitioner.  I immediately contacted their office and scheduled an in-person appointment.

Atty. Crispin Lozano requested the US Citizenship and Immigration Services to revoke the automatic conversion of my preference category from F2B to F1.  The reason he used – my priority date was readily available to me if I will remain under F2B.

He also simultaneously filed my application for adjustment of status based on Section 204 (l) of the Immigration and Nationality Act (INA), whose amendments were signed into law by Pres. Obama on October 28, 2009.  Among the INA’s amendments is a provision that allows an immigrant petition to continue despite the death of the Petitioner.

Despite these efforts, my road to a green card continued to be long and full of roadblocks.

After months of waiting for my approval of permanent resident status, I was asked to submit a written request for humanitarian reinstatement which should include my US family ties, advanced age, poor health and employment, residence in the United States and Philippine family ties.

With the extensive immigration expertise of Atty. Lozano, he was able to prove the adverse effects on my health should my request for humanitarian reinstatement be denied.

On October 25, 2012, I was thrilled to finally receive the approval notice in the mail.   After twenty-three long years of waiting, I finally received my precious “green card.”

“My heartfelt gratitude to Atty. Crispin Lozano and his office staff for helping me get my green card. He shed light to my very gloomy hope of living my American dream after the death of my father. I was impressed on how he and his staff handled and resolved my case in such a professional manner.”