Nida Schwab entered the United States without inspection sometime 1992.  She is married to a U.S. citizen with adult autism. 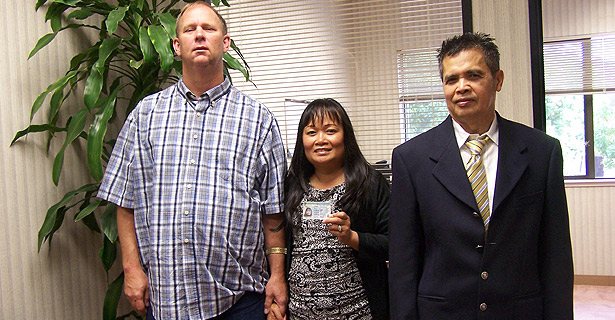 The filed I-130 petition and I-485 application were denied because of numerous inconsistencies during their interview.  Nevertheless, the Law Offices of Crispin Lozano timely filed an appeal for the denied I-130 petition and a motion to reopen for the denied I-485 application and because of Atty. Crispin Lozano’s immigration expertise and experience, the petition was approved and Ms. Schwab was granted Lawful Permanent Resident.