John Pascual got Green Card although the Petitioner is Dead

John Pascual entered the United States on July 02, 1978 when he was 12 years old on a Visitor’s visa.  His U.S. citizen father petitioned him on August 02, 1989 as an unmarried son of a US citizen. 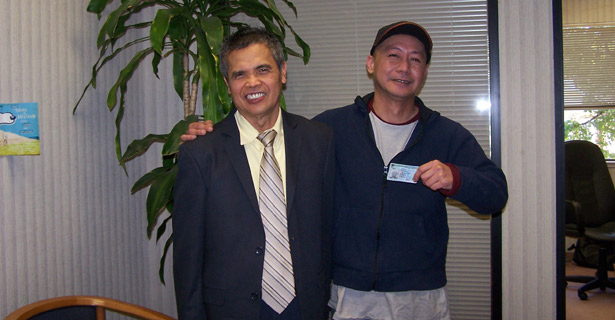 The I-130 petition was approved.  However, Petitioner passed away on December 03, 1997.  As a result John Pascual was unable to adjust his status as permanent resident when his priority was current due to the death of his father.  John seek the assistance of Attorney Lozano to apply for a green card. Atty. Lozano worked on the new law that allow the petition to continue despite the death of the petitioner. On October 17, 2011 after 33 long years of waiting for his American dream to come true, he was finally granted a lawful permanent resident status with the assistance of Atty. Crispin Lozano.